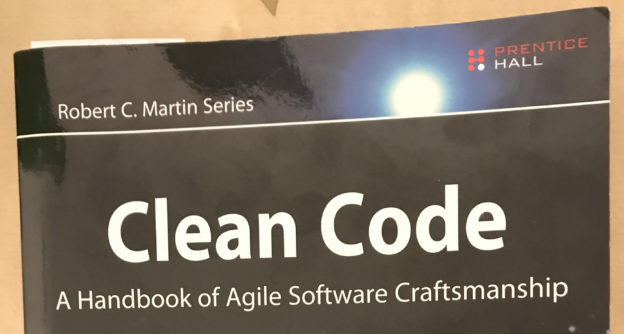 Today I started reading Clean code: A Handbook of Agile Software Craftsmanship by Robert C. Martin. As a helpful reminder, I will summarise the core concepts from each of the chapters. Conveniently, the guys at codingblocks.net have recorded a podcast series discussing each chapter, which I will use to ensure I have fully digested the content! I will provide their links, along with supporting material that I found helpful.

Note - there is more but the chapters remaining are case studies, so I will not summarise those here.

This has been the most influential book that I’ve ever read. I found myself a year or so ago not actually knowing what was good clean code. Since having read this book, I now have the skills to recognise and improve the quality in whichever code base I work in.